Sue at the Sasha_Mart Yahoo group posted a picture in November of "Sasha's ballet class", with a blonde Sasha and several other dolls all dressed in tutus. I contacted her through her Crissy doll website, and was pleased to discover that she made the tutus herself and would gladly make one for me. We settled on blue, as I thought it would look nice on Giselle (who already has several pink tutus). Sue even made matching blue ballet slippers and a floral headpiece to complete the outfit. Now Giselle is ready for another production of Sleeping Beauty, but this time as Princess Florine instead of Princess Aurora. I think she looks really sweet in this ballet outfit, and couldn't wait to share some pictures (click on any photo for a larger view). 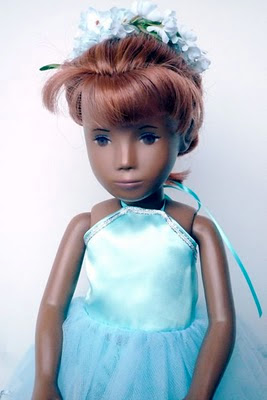 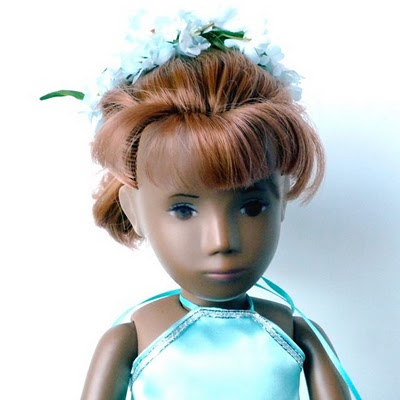 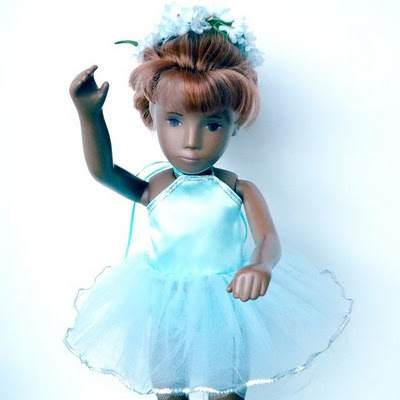 The kids are home for a snow day today (basically just slush), so I'm playing instead of working. I'd had my eye on some cute doll kitchen pieces at Pottery Barn Kids, which I ordered when they went on sale recently. They arrived in yesterday's mail, so I unpacked the box today and let Giselle try them out. 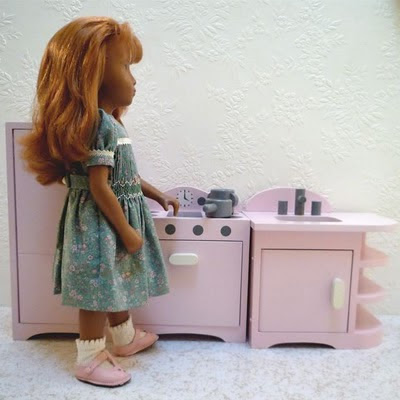 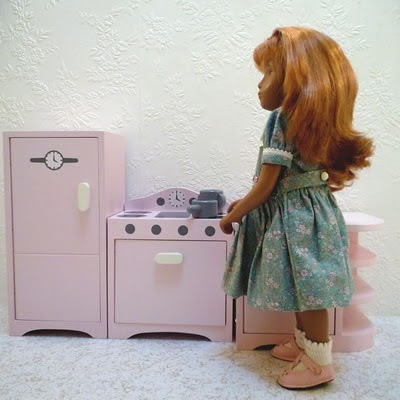 In my opinion they're too small (and too pink) to be real kitchen appliances, but they're perfect for a little girl's play kitchen. 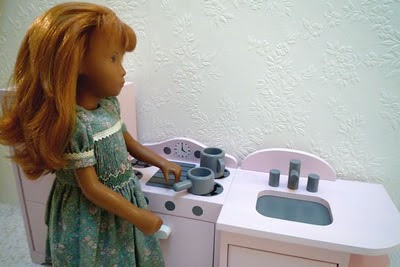 Posted by franberry at 2:06 PM No comments: Links to this post

Ted at the Sasha Street blog hosted an online Pinafore Challenge this summer, with an entry deadline of September 15th. I decided that I was up to the challenge now that I have a sewing machine, and created three entries. Since all the entries have been posted (73 total!) and favorites voted for, I am now publicly sharing which are my designs. These are my official entry photos as compiled by Ted (and included here with his permission): 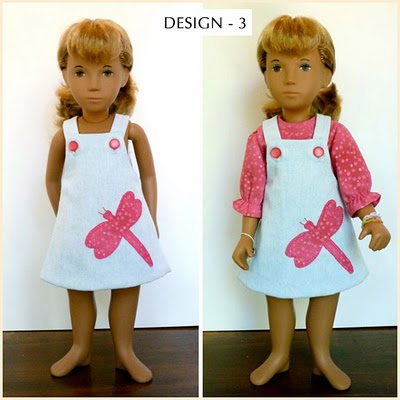 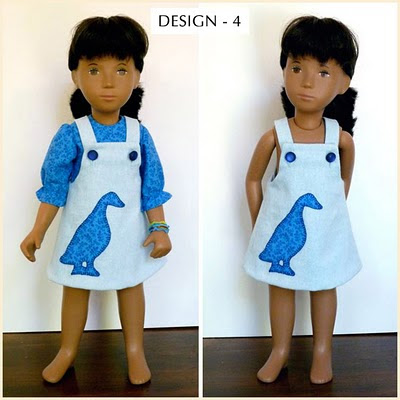 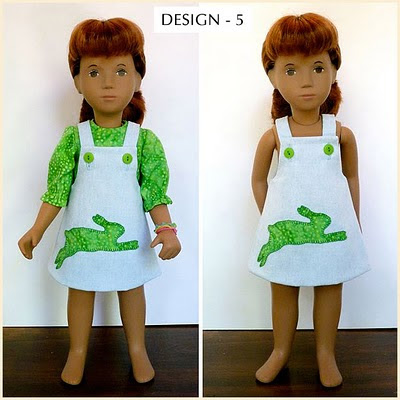 We were supposed to submit two full-length photographs of each pinafore, so I took pictures both with and without a coordinating blouse (which I made using a Peggy Trauger pattern). I took pictures of all three together as well; I'd always envisioned these as a trio, and think the pinafores look even nicer when they're grouped together. I'm really pleased with how both the pinafores and the pictures turned out. 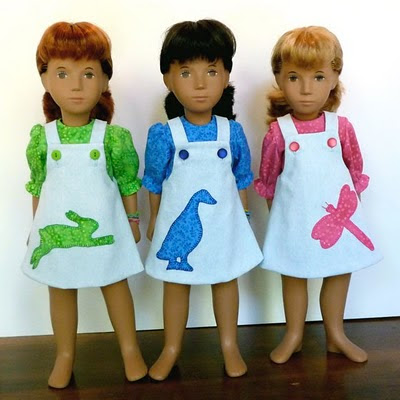 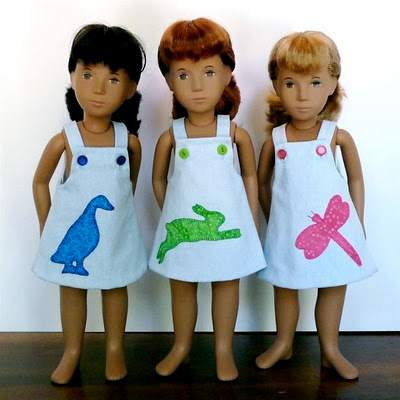 And now, a bit of behind-the-scenes information:

I was inspired by jumpers at The Trendy Tot (which are far cuter than mine). I knew nothing about how to make appliques, so I contacted my friend Megan at Bellflower Textiles. She walked me through the process, which was easier than I'd though it would be -- gotta love double-sided fusible interfacing. That was the only thing I purchased for this project, along with buttons; I limited myself to choosing from the fabric that I had on hand. The pinafores themselves were cut from a sleeveless chambray shirt that I no longer wore and was planning to donate to Goodwill. 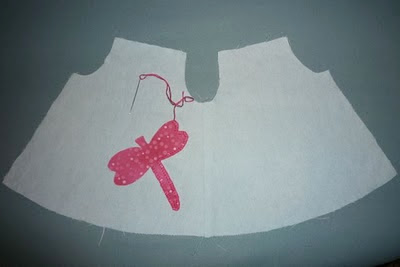 I decide to blanket stitch around the appliques, since I wasn't sure I could maneuver my machine accurately to stitch them down. It's only decorative anyway, as they're stuck down well. 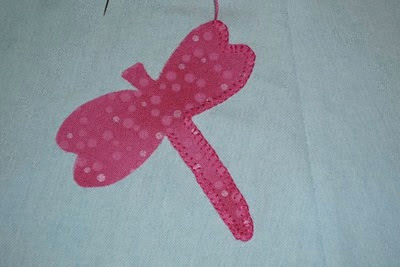 The pinafores are fully lined in white muslin, except for the straps which match the appliques. They pull on, with closed sides and buttons at the straps. These are my first-ever attempts at buttonholes on a sewing machine! 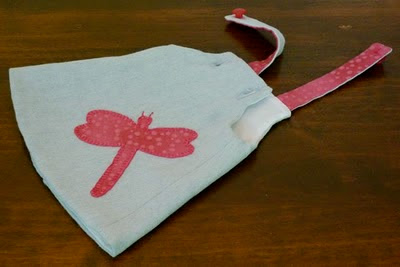 I certainly challenged myself, and had a lot of fun in the process.
Posted by franberry at 9:06 PM 2 comments: Links to this post